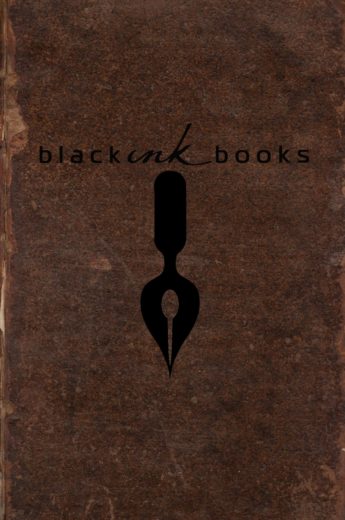 Helping you along your writing journey.
“The most powerful words in English are, ‘Tell me a story.’” ~Pat Conroy 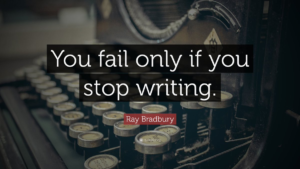 Our mission is to cultivate and empower creative storytellers, writers, and authors from around the world by taking an innovative and collaborative approach to content creation with hybrid-publishing.

Black Ink Books was created to help writers thrive in a community of diverse voices, participating in their own writing journey; to bring screenwriters’ projects to publishing to navigate IP piracy; to motivate, to inspire, and connect with writers at all stages of their careers, in all corners of the globe, and from all walks of life.

Black Ink Books is a new and dynamic creative program that’s designed to turn an idea into a stellar book. We aim to connect diverse, talented voices from all over the world with first-class book publishing professionals who will work with Authors to help break a story, craft characters, offer ideas, give notes, and push Creators to produce their best work at the accelerated pace of our hybrid-publishing boutique press.

Black Ink Books is designed to generate high-quality eBooks and trade books giving authors more leverage in the marketplace, higher percentages in royalty rates, and creative participation over their projects.

Be Bold. Be Daring. Be Courageous. Be Read. 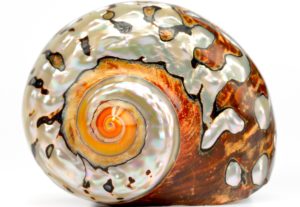 What we're looking for

We believe that the best stories are roadmaps that unlock emotionality and create an indelible impact in the minds of the reader. Black Ink Books offers writers who have stories only they can tell, opportunity. We give voice to these storytellers by giving them the instruction, knowledge, and publishing resources that we have distilled and codified in our 23 years of writing, editing, consulting, and publishing. We create access for authors to step into the process – from idea to manuscript to published book – transcending knowledge as a writer into wisdom as an author. 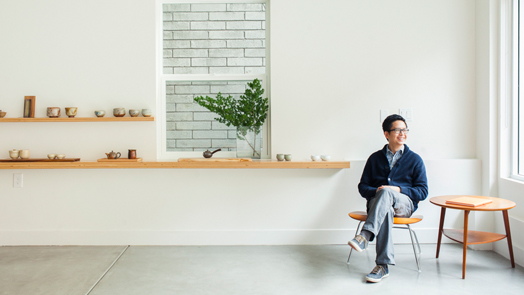 Seeking Fiction – passionate about fiction: novels of urgency, gutsy, terrors of change, and unique and beautiful voices; commercial fiction; literary fiction; mysteries, suspense, thrillers; manuscripts that keep me up at night; make me feel something; and change the world through the triumph of the human spirit.

Seeking Nonfiction – passionate about memoirs with historic shadow and light. What history, family, economy, culture, race, outsider story, and backstory inform and empower humanity because you lived to tell it?

Seeking Young Writers Narratives – passionate about supporting young writers/storytellers. We invite talented young writers with a desire to become writers/authors (ages 10 – 17). Send us your two-page synopsis of your story for consideration.

For queries regarding a nonfiction book (memoir), please send a sample chapter, a one-paragraph bio, and a one-paragraph synopsis of your book in the body of your e-mail.

Writers – Consultants
“The world is made up of stories; it’s not made up of facts.” ~ Rachel Naomi Remen
Ambitious Storytelling
“The wisdom we imbue is ambitious storytelling . . . stories to transform the human paradigm to its original blueprint of a remarkable species.”
Television, Film, Books
We'd love to read you.
Our Authors

Here are some of our current titles and log lines.

If you’re a professional producer or agent who likes what you read and wants to know more, e-mail me – black.ink.books.2020@gmail.com. I’ll be more than happy to oblige.

• The Sacred List – Novel (Action Thriller)
Premise: When his friend is murdered and a half-dead woman is dumped at his door, a reluctant spy returns to the job he hates to track the killer and bring him to justice.

• Man from Shanghai – Screenplay (Drama)
Premise: A noted film producer from Los Angeles investigates the circumstances of four children jailed during the crossfire of the Shanghai Massacre and vows to unmask the con-man to the world.

• The Man in the Cool Suit – Screenplay (Murder Mystery)
Premise: New Orleans News Photographer DASH MADISON comes to Los Angeles to find his estranged father, an LAPD cop. Before he can unpack his bags, he meets a beautiful woman, discovers a body in her bedroom, becomes a murder suspect and must find his missing father to save his life.

• The Miracle Children – Screenplay (Historical Drama)
Premise: When Dr. King comes to Birmingham in response to the bombing of four children and the arrest of his team fighting for Civil Rights, two thousand children rise in response to save lives and change a city.

• Aftertaste – The Alchemy of Recovery – Self-help Book
Premise: ”You hold in your hand a bridge from addiction to a new equilibrium of sobriety.”

• Cosmic Order Bride – Screenplay (Romantic Comedy)
Premise: Desperate to save his family home, a Montana rancher secretly writes successful romance novels, but when his own longing for love results in a cosmic prescription to order a bride—nobody expects an attractive, New York Times Book Reviewer to show up, expose his true identity, discredit his reputation, while falling in love under a canopy of stars in The Last Best Place.

•Vagabonds & Rogues – TV Pilot Script (Drama/Fantasy)
Premise: “You can’t tame a world of vagabonds and rogues, but you can tame a handful of bunglers,” The Guide instructs.
Logline: A thirteen-year-old boy, an Intuitive, a ghost, The Guide, a billionaire, and a streetwise Robin Hood bungle into a web of rapidly unfolding, atypical family drama to save a ghost’s killer. As these misfits breach the barriers to their quest, they discover why they are the heirs to whatever is right or wrong with the Cole family.

Vagabonds & Rogues is an atypical family drama that stretches beyond the normal tropes of death and loss, exploring the beyond. These characters push the audience through the ups and downs of the insane and unseen and cosmic plotlines of each season to answer the big questions when death occurs. The story takes place in the 21st century, during the war called ‘the winter of humanity.’ Nothing is as it seems, perfectly set in motion when a man dies leaving his family bewildered, off-kilter, and grieving. As final as this may seem, it is the beginning of a new adventure and the springboard that causes the advent of a ragtag team of extraordinary misfits who enter on cue. 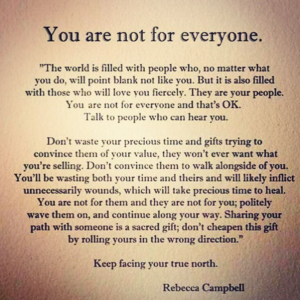 Neil Gaiman – On signings and fans:

When I look up at them, I ask, “Who would you like this signed for?” And they say, “Me.” And I say, “Do you have a name!” and they say, “Yes! I certainly do!” “What is it?” I ask. “Alfred. No wait! It’s Albert!” And I know they’re thinking, “Oh, my God. He thinks I’m the biggest idiot he’s ever seen at a signing.” All I’m really thinking is, “I wish people wouldn’t worry. It’s fine.” They aren’t the first person to say “Me!” when asked their name, or even to forget their name altogether, or the first person to have rehearsed . . . something they want to say . . . and it all comes out garbled. I never think, “Oh, he’s an idiot. ” Never. The people that come to my signings are good people. They are nice people and I am so grateful to them for reading my books and wanting to come see me.
–Writers Write, The Internet Writing Journal (writerswrite.com). July 2001

Every once in a while, all writers, whether seasoned or novice, need to partake in a refresher course, rub elbows with other writers and step out of your velvet rut to remember why you chose to become a writer in the first place.

You will engage in both group and individual exercises to stretch your abilities and write outside your own self-imposed limitations. How? Take a walk about to discover your genuine writer’s thumbprint and your Signature Genre. Walk away with the writer’s fishing pole . . . not just the fish.

Becoming a Writer is a beginning workshop for the new and developing writer. You may already have tried your hand at a writing project, or just journaling for years, but writing is in your blood. You want to put thoughts and stories and facts on paper. You want to test the waters and see what it might look like to become a writer. This is the workshop for you to discover whether or not writing is a craft you want to pursue. You will learn about voice, style, character, plot, genres while learning to break some long-held myths about writers. You’ll receive Toni’s 23-Day Writing Tool™ that can be used now and throughout your writing career.

The 4 X 4’s of Character-Driven Storytelling is a beginning workshop for newbies and adventurous advanced writers. You’ll dive deep into the path and patterns of characters from the point of view of the Sensei of human interconnectedness to self, others, and the cosmos. We’ll work with your character’s 4 bodies and 4 categories of life to create a new approach to character development. This workshop just might change your personal point of view about your own life!

A Small Press Publisher That’s Ahead Of The Wave.

"“Writing is an act of generosity.”"
"The simple answer to cracking the mystery of becoming a  writer – a good writer – a great writer -   is write in between everything and read in between the writing."
"Do the best you can until you know better. Then when you know better, do better."
About Publisher
Toni Holm
Style: Publisher, Author

I’m the Founder and Publisher of Black Ink Books. Early in my career, after working as an editor at several, large publishing houses, connecting with writers, agents, and other publishers was a natural extension of my long involvement with authors. That lead to co-founding a successful, small press, Word Keepers, Inc.

From my first film viewing, sitting with Walt Disney to having tea with Maya Angelou, I learned the importance of universal entertainment and the passions that drive the power of storytelling. My stories combine comedy and fantasy with human drama.

I am a writer’s publisher. I know the writer’s psyche. I know how to support writers on the journey from idea to finished book.

Willa Cather once said, “There are some things you learn best in calm, and some in storm.”

My hard-earned calm and storm revealed the writing principles I use. I inherited my father’s flamboyant voice as an oral storyteller. My mother’s voracious reading and her journalistic writing style infused a blueprint love affair with books, writing, and stories. Like the Fool in a deck of Tarot cards, I stepped off the cliff and wrote my first novel.

It has been a journey of a thousand life lessons, each growing me more into my real voice.

I say to new writers, “Writing a book is paramount to committing oneself to a spiritual path.” It is not for the mild and meek, but for those who possess the higher heart of a lioness. You must step out on a limb, stand tall in mid-air, stand down in humility, protect what is yours, cross raging rivers of emotion, be tenacious to the nth degree, and passionately love your work. I have. I do.

I invite you to join us. 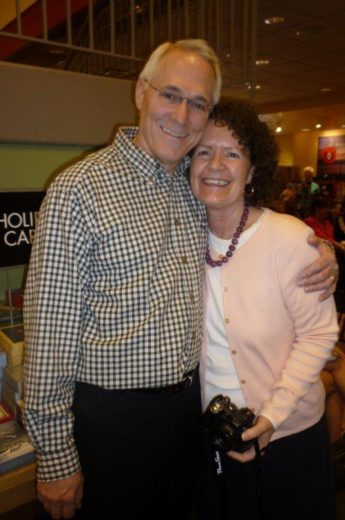 Seeking Fiction – passionate about fiction: novels of urgency, gutsy, terrors of change, and unique and beautiful voices; commercial fiction; literary fiction; mysteries, suspense, thrillers; manuscripts that keep me up at night; make me feel something; and change the world through the triumph of the human spirit.

Seeking Nonfiction – passionate about memoirs with historic shadow and light. What history, family, economy, culture, race, outsider story, and backstory inform and empower humanity because you lived to tell it?

For queries regarding a nonfiction book (memoir), please send a sample chapter, a one-paragraph bio, and a one-paragraph synopsis of your book in the body of your e-mail.